Why Jellies are Unique Creatures

Since it’s Jellyfish Day, let us see how different this creature is to others living under the sea. Here are interesting yet stinging facts you should know about the jellyfish: 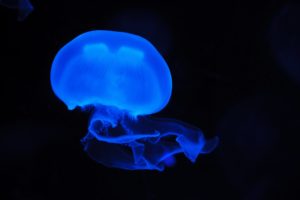 GLOW IN THE DARK. What a fascinating fact to know that they are similar to stars. The only difference is that they shine underwater. This is possible because jellyfish have bio-luminescent organs that can emit light. This ability is not only for display but also for protection to get away from predators. 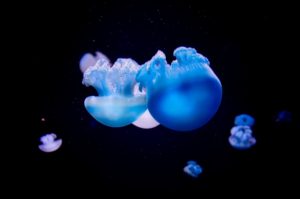 CLONING ALIEN. They have the ability of cloning themselves and potentially produce hundreds of offspring. They are likely to clone when they are injured. So, if a jellyfish is cut in two, they can regenerate and create two new organisms. They can also use their tiny bell and tentacles to turn into an immature polyp that can spawn brand new clones of the parent. Amazing, isn’t it? OLD AS NEW. They were older than dinosaurs. They have inhabited the ocean for at least half a billion years. Also, some jellyfish can lay as many as 45,000 eggs in a single night (which makes them more numerous!). 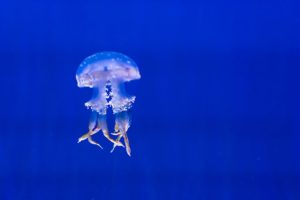 DOUBLE PURPOSE. The lack of digestive system is not a hindrance for them. They consume other small creatures through a hole in the underside of their bells. The nutrients that the jellyfish consume are absorbed by an inner layer of cells with waste excreted back through their mouths, which can be found in the middle of the bell. 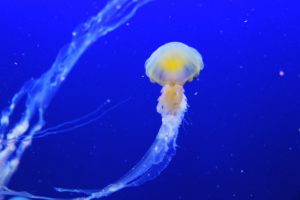 RISKY JELLY. When triggered by contact, they can inject venom with an explosive force. Their sting, which helps them capture prey and defend themselves, is actually dangerous to humans. The venom of certain jellyfish can kill a human within five minutes. It can exert over 550 times the pressure to inject venom into the victim (So, be careful not to encounter the creature with most potent venom in the world!). DANGEROUS IN OTHER WAYS. Jellies are capable of shutting down nuclear reactors. Their swarms can clog the intake pipes, and can temporarily stop operations. Talk about silent but deadly!