• Advances in veterinary surgery mean that the procedure can be done more safely and more effectively even on these younger dogs.

• As long as the puppies are in excellent health, they can undergo neutering early.

• Older dogs can also be successfully neutered, but they have to be watched more closely afterwards, in case of post-operative complications.

• Cats are already capable of reproducing after they turn six months old.

• Veterinarians often suggest that the procedure be performed before the first heat cycle even takes place.

• For best results, veterinarians suggest that kittens to be neutered weigh at least two pounds before undergoing the procedure. 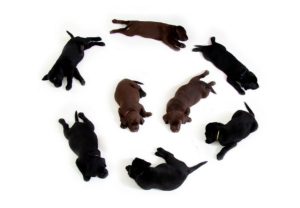 WHAT ARE THE ADVANTAGES OF NEUTERING?

• Reduced tendency to run away from home

• More docile temperament when interacting with other humans or animals

Where can I have spaying and neutering done?

In the Philippines, it’s possible to get in touch with various veterinary clinics or animal hospitals to book an appointment for spaying or castration, although rates may vary according to the provider. The alternatives include CARA and PAWS, who tend to offer these services at somewhat more reasonable rates.

Some reminders: Before your companion animal undergoes any procedure related to neutering, ask your veterinarian for pre-surgical advice. For example, depending on the age of the animal, you may need to withhold food and/or water for a specific period of time before the operation. Check with the clinic or hospital to see if there are any other restrictions.

Your veterinarian will also give you instructions for caring for your pet after the operation. You may need to administer painkillers, in which case you’ll need to follow instructions very carefully. Make sure that your pet doesn’t lick the incision site, or run around too much, to decrease the risk of postoperative complications.