What’s Up My Doge?

Everything you need to know about Doge and Shiba Inus proliferating on the internet and social media sites. 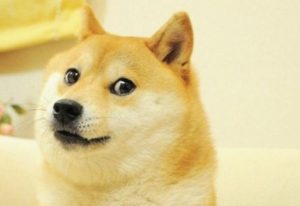 According to knowyourmeme.com (also the source of this image), “On February 23rd, 2010, Japanese kindergarten teacher Atsuko Sato posted several photos of her rescue-adopted Shiba Inu dog Kabosu to her personal blog. Among the photos included a peculiar shot of Kabosu sitting on a couch while glaring sideways at the camera with raised eyebrows.” It’s become such a popular internet meme that even real life announcements are patterned after it. A great greeting card for an internet-savvy graduate! (Image from https://www.storenvy.com/products/13437711-funny-graduation-card-much-grad-funny-congratulations-card-shiba-inu-ca)