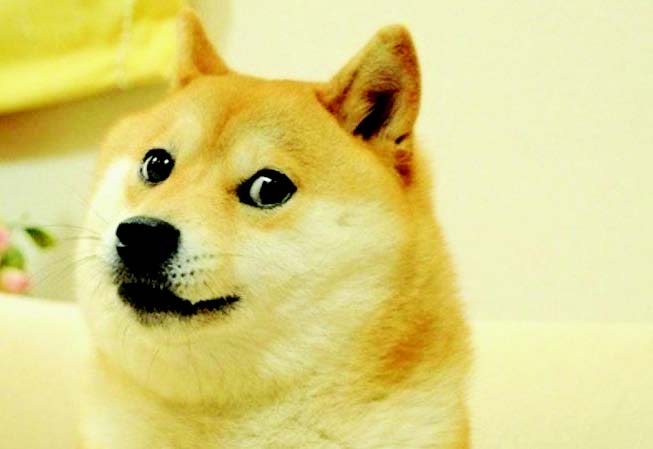 The Dog(e) of a Thousand Memes

The Shiba Inu is an fearless Asian breed, with an fluffy all-weather coat that is usually red, red and black, or black and tan. The Shiba Inu, Shiba Ken, or simply Shiba, has existed at least since the 3rd century B.C. and was originally bred for hunting, though it is normally raised as a pet. The Shiba Inu nearly became extinct during World War II, but is now experiencing a resurgence of popularity, and a big part of this is due to the “Doge” meme that took the internet by storm starting in 2013. The Shiba Inu originated in Japan, so how does it fare in the Philippines’ tropical climate? “Actually,” says Kirby, “I noticed that our climate is a bit too hot for them. They tend not to eat as much, and are not as active when left outside the house for a day. They also don’t grow a nice coat when the weather is too hot for them.” Shiba Inus are an independent dog breed, and if they find something that interests them, they won’t listen to your calls. It’s better to keep them on a leash when walking them in open spaces. “They need a patient family that doesn’t give up,” says Kirby. “Shiba Inus are very dominant in nature, and are quite hard to train especially when spoiled. But they are very nice to people and are always approachable. The only instance I’ve ever seen them get mad is when they are playing with other Shiba Inus. They seem to get annoyed with each other’s playfulness.” “I grew up surrounded by animals since I was very little,” says Kirby. “My dad also loved animals, and he brought home different kinds of pets. We’ve had dogs all my life, but I never took care of them personally. I’ve had a lot of animal breeding projects since I was little: follower horns, rabbits, stingrays, birds, and cats. After I got Bullet and decided to get him to participate in dog shows, I realized that I needed to learn much more about dog husbandry. I’ve also been to only one big dog show, so far, and I have a long way to go.”