Our Furry and Feathered Friends from Europe

The era of airfare value prices has made travelling outside the country a favorite recreation for Filipinos. My main motivation for travelling was attending fish shows and farm visits. All of my travels were in Asian countries. Recently, my bible study group organized a bonding travel cruise to Europe. My wife Suzie loves it and knowing how to motivate a non-traveller like me was simple. She told me that I could see the answer for myself about things I’d long wondered about, like if the pigeons all over Europe are really just wandering around in streets and parks, or they were just props in movies that I had watched.

Once there, I fell in love with the weather. The temperature ranges from 15-18 degrees centigrade. The magic of the cruise is that you can travel to different countries everyday and their key cities. I got to visit nine cities in Italy, Spain, France, and Malta.

Rome is the capital of Italy, while Vatican City is an independent country inside the city boundaries of Rome, the only existing example of a country within a city. Popular attractions areThe Colosseum or Coliseum, known as the Flavian Amphitheatre, Roman Forum, Spanish Steps, Trevi Fountain, Pantheon, and the St. Basilica church. I didn’t see any pet fish store during our tour, and it disappointed me a little. But pigeons and seagulls are such a wonderful sight to see. What surprises me the most is how Europeans love dogs—maybe because they control their canine population—and I also observe there were only a few children. They really treat canine pets as members of their families, particularly the older generations. They travel with their dogs in subways and cable cars. I have been in the dog hobby for a long time but we can learn a lot from them with their quality of breeds and their great temperaments. Nice is the second-largest French city on the Mediterranean coast. The city is nicknamed Nice la Belle, which means Nice the Beautiful. The colors of the buildings and house are great in architectural colors. My friend Edwin Sy told me that it was like experiencing a James Bond movie. The city of Nice is very peaceful, and now I’ve visited one of my favorite cities. The turtledoves on the castle hill were so lovable. Barcelona is a city in Spain. It is the capital and largest city of Catalonia, and the second most populous municipality of Spain. Popular spots include La Rambla, Sagrada Familia, and Montserrat. Dog lovers lovingly bring their dogs to the high mountain of Montserrat as they run along the city and to the steep areas of the mountain. Most of the dogs jogging are even off leash. Palma De Majorca is the capital and largest city of the autonomous community of the Balearic Islands in Spain.

Known as the Republic of Malta is a Southern European island country consisting of an archipelago in the Mediterranean Sea. Valencia is the capital of the autonomous community of Valencia and the third largest city in Spain after Madrid and Barcelona. My favorite city of all. 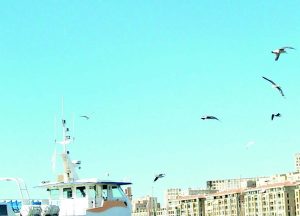 Known in English as Marseilles, is the second-largest city in France.

Just like music, our pets have their universal charisma. They are carefree and provide unconditional love to their owners. They also serve as an instrument to bridge relationships. I was able to share with my travel group why I am so fascinated with animals, and surprisingly, everyone started helping me to find beautiful dogs to take photos of. Special thanks to my bible study friends Wally, Marian, Maxine, Doc Anton and Susan, Henry, Helen, Ed, Vangie, Edwin, Shirley, and my ever supportive and beautiful wife Suzie, who unselfishly would stop with their walks and patiently wait for me as I stopped and was a paparazzi to dog owners and their pets. I thank God for the wonderful creatures we call pets for the thousands of ways they bring us joy.

Sicily is the largest island in the Mediterranean Sea. It is an autonomous region of Italy, in Southern Italy, along with surrounding minor islands. Naples is the capital of the Italian region Campania and the third-largest municipality in Italy after Rome and Milan. Naples is one of the oldest continuously inhabited cities in the world. This is the origin of our favorite pizza.