As much as we humans like to believe that we can actually understand what our doggie friend wants when they bark or paw at us, it’s never always that simple or easy—unless you can actually talk to animals like Snow White, but…

Sometimes it’s inevitable that we misread the signs at first or we don’t actually know what the signs are that a dog might want to be left alone. Animal Scene, with the Pet Food Institute (PFI), has compiled these tips for preventing dog bites and on how to recognize when we’re aggravating dogs. Believe it or not, you probably will say, “Why didn’t I think of that?” when you read these tips. That’s because you probably already know them as part of common sense. Read on.

The Role of Socialization

The PFI quotes the American Veterinary Medical Association belief that proper social exercises for dogs and people help prevent dog bites. “Socialization, or when a puppy is introduced to new people, places and locations, should begin between 3 and 14 weeks of age. The AVMA recommends that a plan be developed for the different environments that will be a part of your new dog’s life.”

“Once your puppy comes home, if you live in a city, slowly introduce your dog to situations with people and traffic. You can also carefully expose your pet to people wearing hats, carrying umbrellas, or holding other everyday objects that could be perceived as a threat.” Remember to think from your dog’s point of view to make this easier. And a simple reminder: “Don’t forget: make sure your dog is fully vaccinated before he or she is exposed to areas with a high likelihood of unvaccinated dogs.” While this might seem obvious, it’s because Filipinos are not very responsible when it comes to keeping up the vaccinations of their pets, so even a “safe” dog park might have at least 75% of the dogs present be unvaccinated. Better safe than sorry—especially “…if you have adopted an older dog and are unsure of his or her socialization history, take time to bond with your pet and get to learn their temperament before introducing your dog to a whole new array of experiences.”

Interacting with dogs differs from dog to dog, and nobody can resist a dog just sitting off the side looking all docile. This is what attracts some children as well, but that can also cause problems for the dog owner and the parent of the child. Because children are easily excitable, it’s important to teach them how to approach dogs, whether they are the family’s own or a complete stranger’s dog. Teaching a kid simple things like asking if they can pet the dog is a good start to let them know to be careful when it comes to dealing with dogs.

What You Need to Know About Respect and Personal Space

At the heart of this list are a human’s and dog’s socializing skills. If a dog has learned good socializing skills, then it will be easy for a person to know their dog’s moods as well as being a helpful tool for the dog to adapt to different people and places. As for people skills, it’s more of knowing when to back off when it comes to a dog and its personal space—which may be a problem for Filipinos, as too many of us don’t know about, let alone respect, the idea of personal space, least of all for an animal. 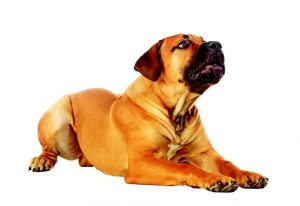 Respect a dog’s personal space and they won’t lash out.

Remember, though, all dogs are different. So when an owner says that their dog shouldn’t be petted, it’s better to follow the owner and respect their wishes. Not all dogs are okay with being petted by strangers, so it’s a good idea to ask the owner beforehand. Nobody wants an accidental bloody hand.

It’s important to pay attention to a dog’s body language. This means being on the lookout for signals that means a dog is uncomfortable or may bite. Some of them being:

If those signs are visible, that means you need to back off. But whatever you do, don’t turn around and run. A dog’s natural instinct will be to chase after you. Nobody wants that and it would be best to just back away slowly until the dog loses interest in you or are out of sight.