Of course, the answer to this question is simply, NONE. As with all living things, grade school science has taught us that all fish need oxygen to live. This is a fact that all of us as grade schoolers knew a long time ago.

Why then would Filipino fishkeepers—who most likely are adult men, who most likely have graduated from well-respected universities—even think about asking this question in fish groups? These fishkeepers who frequent fish groups are supposedly the earning group. They are the working class of our society. They are the taxpayers. Yet considering our country depends on this social class for our progress, how can they even think of a question like this?

Call it lack of analysis or improperly rephrasing a question, but this question has been gaining notoriety among fish groups that it brings about tension among the page viewers. “Anong isda ang hindi kailangan ng oxygen?” (What fish doesn’t need oxygen?) is gaining popularity lately around fish groups for the wrong reasons, spewing ridicule and causing cyber bullying to some extent. 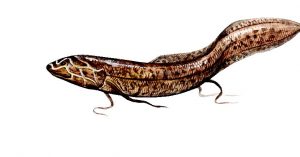 Irrational as the question may sound, there may be a slight point to this question. Analyzing the Pinoy fishkeeper’s psyche, the question should more correctly be stated as “Anong isda ang hindi kailangan ng aeration?” (What fish doesn’t require aeration?) If this is the case, then some semblance of rationality may be derived from this question. If this is indeed the true question that the inquisitive fishkeepers mean, then there are some fishes that may survive in tanks without aeration. These fishes thrive in waters with low levels of dissolved oxygen. Depending on the species, these fishes have found their own ways of coping with such an environment.

The fish that immediately comes to mind is the Fighting Fish (Betta splendens). Everyone who has kept Fighting Fish has kept them in small bottles without any aeration. In fact, that’s how we were taught to keep these little fish, and with good reasons. The Fighting Fish is a small fish that lives in shallow stagnant waters in Southeast Asia. They belong to the order Anabantiformes where some of the fishes are known as “labyrinth fish” that possess a labyrinth organ, a structure in the fish’s head which allows them to breathe atmospheric oxygen. Thus, a Fighting Fish can easily survive a small tank with no aeration at all because of its ability to breathe atmospheric oxygen.

Aside from the Fighting Fish and other species from the genus Betta, other fishes from the order Anabantiformes that can breathe atmospheric oxygen are the Gouramis, Snakeheads, Paradise fishes, Climbing Perches, and Asian Leaf Fishes among others. Therefore, because of the labyrinth organ of these fishes, they are able to live in aquariums, tanks or ponds that do not have aeration.

Another set of fishes that can live in waters with low dissolved oxygen and should do quite well in tanks without aeration are those we fondly call the primitive fishes. While these are fishes with complete set of gills, some members from this group of fishes have the ability to gulp air using their specialized swim bladders which act like lungs. And speaking about lungs, the best example for this are the Lungfishes.

Lungfishes are freshwater fishes belonging to the subclass Dipnoi. Today there are only six known species of lungfish, represented by 4 African species belonging to the genus Protopterus; the lone South American lungfish, Lepidosiren paradoxa; and the very rare Queensland Slungfish, Neoceratodus forsteri, which is endemic to Australia.

Lungfishes are very hardy and can breathe air; they can in fact even live out of water. In their natural habitat, African Lungfishes survive the harsh droughts by burrowing themselves in mud, form a cocoon using their own mucus and estivate (a prolonged state of torpor or dormancy) to survive the long dry season. They are known to survive up to 4 years while undergoing estivation or until the rains arrive. Once the rainy season floods the cocoon, they break free and continue to live underwater as most fish do. Another set of primitive fishes that are known to gulp air are the Gars. Filipino fishkeepers are quite familiar with Gars because we have a few species available that are quite affordable to the average fishkeeper. Gars are from the family Lepisosteidae and represented by the genera Atractosteus and Lepisosteus. These predatory fishes can be kept in in tanks without aeration because they are able to breathe atmospheric oxygen when the water is low in dissolved oxygen.

The tank, however, should be big as these are huge fishes. I remember being awestruck at a sight of a couple of 8 to 10 foot Alligator Gars (Atractosteus spatula) in the 320,000-gallon tank in Seaworld San Diego. Well that was Seaworld, we don’t expect to have a tank even just one per of that at home; but you should agree that the tank will be quite large to accommodate such large Gars.

Another fish Filipino fishkeepers may be familiar with are the Bichirs from the genus Polypterus and its closely related kin the Ropefish or Reedfish (Erpetoichthys calabaricus), the only member of the genus Erpetoichthys. Theseelongate fishes with multiple dorsal finlets possess a pair of specialized “lungs” in addition to gills, allowing it to survive in very oxygen-poor water. The Bichirs, which are more commonly called Dargonfins in the Philippines, are quite available in the country nowadays. In fact, all 15 known and described species should be available in local fish stores throughout the archipelago and in specialized fish stores.

The world’s largest fish, the Arapaima, is also an ancient fish with ability to breathe air. This huge fish is may be placed in a pond without aeration. But it has to be a large pond because it is a very large fish. While the Arowana is closely related to the Arapaima and is also able to gulp air, I am not aware of anyone keeping the Arowana in a tank without aeration. Maybe because Arowanas are expensive fishes, fishkeepers do not risk their Arowanas in a tank devoid of aeration. This actually takes me to my main point in this article. While yes, there are fishes that would survive in oxygen-poor water, aeration is not the only thing you need in a tank. In fact aeration is important but is only a small factor in proper fishkeeping. More importantly you will need good, clean water to keep your fish alive and healthy. And the only way to achieve this is through proper filtration and adequate maintenance; which by the way increases the levels of dissolved oxygen in your tank, making for a more successful aquarium. 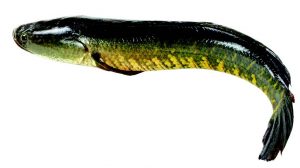 This is the same with filters. All filters work by moving water through the filter media and returning processed water in the tank. Throughout the filter system water is displaced. This movement causes the breaking of the water tension and enables the oxygenation of the water. If you are to practice proper fishkeeping, provide your tank with the best possible filter and aeration. While fishes discussed above may survive tanks that are low in dissolved oxygen, they prosper better and are healthier in clean and highly oxygenated tanks.Let us avoid risking our fishes in tanks without aeration, no matter what kind of fish you keep. Commit to giving the best tank and corresponding filtration system to your fishes. As responsible fishkeepers, let us ensure to keep our fishes alive and healthy. We are the guardians, custodians and caretakers of theses fishes and they rely to us for their very survival. Don’t go around trying ways to avoid responsibilities of proper fishkeeping.

If you can’t commit to the requirements of the fishkeeping hobby, there are always other hobbies more suitable for you. A fish has a life, let us not take their lives for granted. Let us give them the aquarium they truly deserve. Don’t bother asking ‘What fish does not need oxygen?’ because they all do!