How Animals Help Me Cope: Witnessing pain helps heal mine

After years of trying to figure out what works for me, it never occurred to me that animals could help me cope with mental health problems. As someone who has been dealing with them since 2007 and was diagnosed with bipolar disorder in 2012, I admit that it’s hard for me to take care of my mental health and manage my condition even with professional help. For years, I tried different ways to cope with my condition — from unhealthy coping methods, which I definitely don’t recommend, to healthy ways that somehow improved my mental health.

I wasn’t fond of animals before I became vegan because I was afraid of most of them. Despite my fear, I still feel compassion and mercy toward them so when I learned the truth about what really happens to them in the agriculture industry, I went vegan and opened up my heart to all animals.

It changed my life tremendously. 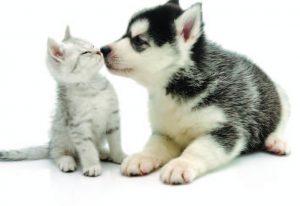 Studies confirm that companion animals help improve our mental health in many ways. Even the simple act of petting them relieves stress because it releases serotonin, prolactin, and oxytocin, which are mood-boosting hormones, according to a 2011 online article on the benefits of pets & pet therapy by Paws for People. It was hard for me to cope during the first few months of being a vegan, especially when I became an animal rights advocate and saw up-close how inhumanely animals were treated. Despite all I witnessed and experienced, I eventually learned to cope with the help of all animals.

Animals that find freedom or live in an animal sanctuary, instead of in captivity, bring me joy. They give me hope that someday, all cages will be empty; that we will learn to respect all beings. Seeing animals in their natural habitat also keeps me calm, knowing that they’re with their family, living their lives to the fullest, and are not being exploited or harmed by humans.

Having a Companion Animals

I can confirm that bonding with my dog since going vegan has been helping me cope with my condition. 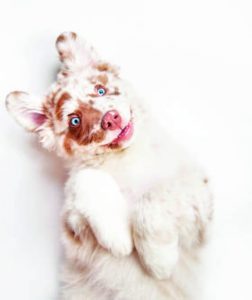 Ken, my family’s Labrador, has been with us for more than a decade. Whenever he notices that I’m down, stressed out, or not feeling well, he tries to cuddle or stay beside me when I’m too drained to play with him. He would sometimes walk to my room and keep me company for a long time, which helps me feel less lonely.

Having a strong bond with someone who loves me unconditionally helps me deal with my suicidal thoughts. I know that it will break my dog’s heart if I follow my unhealthy thoughts and I can’t do that to him.

No to Anxiety, Yes to Animals!

Dealing with anxiety? Animal companions do a good job of helping you manage it, research shows.

Anxiety levels dropped to 24 percent for patients with heart disease when they interacted with a dog, compared to just 10 percent when visited by a human volunteer, reported the Lawrence Altman in a 2005 article in The New York Times.

Most of the time, when we talk about animals and their effect on our mental health, we only mention companion animals. But other animals also help me cope, not only with my condition but also with the struggles of being vegan.

Vegans like me are swimming against the tide. We usually get mocked or even harassed in social situations, no matter how peaceable we are. Knowing what happens to animals behind closed doors can also make vegans feel down and hopeless, given that billions of animals are being killed every year. It’s heartbreaking to see almost everyone around us nonchalantly participating in the unnecessary exploitation and harming of animals. The world has normalized violence toward animals that most of us don’t see them as sentient beings anymore — people only see food and products.

No wonder being vegan can take a toll on our mental health.

How Witnessing Pain Healed Mine

When I visited a slaughterhouse with fellow animal rights advocates, we showed compassion to pigs one last time before they were sent to their deaths that night. Far from being violent, the pigs savored being given soothing strokes, gentle words, and some water. Perhaps they knew it would be the last time they would feel at peace. It was a heartbreaking experience, but knowing that I do not contribute to animals’ suffering and pain anymore gives me inner peace that I have never had before.

Fighting for animals also gives me a purpose in life, a reason to continue living instead of letting my negative thoughts win.